This week’s challenge is to show something about which one is possessive, and unwilling to share.  This is mine:-

The silver thimble is very old, it was purchased at an antique fair nearly thirty years ago, but is possibly more than 100 years old.  I use it all the time despite having several from which to choose, and if it is mislaid I  panic until it is found again.  It has the initials MD engraved on it, and when I look at it I wonder about the lady who maybe received it as a gift and used it first, all those years ago.  It does not have any hallmarks on it, but I was told by someone who is an authority on antique needlework tools that it is probably French 19th Century, but who knows?  It has a hole on one side, so has seen heavy use in its long life – I wonder what the stitcher was working on to cause that degree of wear.  I really love it, would be distressed if it was lost for good, and never let anyone else use it.  The gold plated German embroidery scissors are also very special, but could probably be replaced if they were lost but they too, are carefully looked after and only used by me. 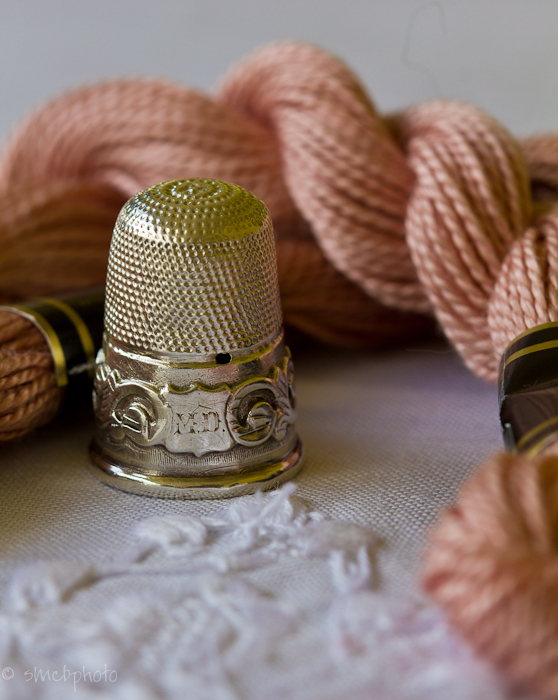