Firstly thank you everyone who has left a comment in recent days – they are very much appreciated, and although I usually try to acknowledge them individually, it is becoming hard to keep up with them all, especially as I now have more regular followers.   There were 28 when I last checked, which is wonderful given this blog began a little over a year ago and for a long time I think the family were the only readers who were interested in my photos!  I will try a bit harder in future.

A good friend has given Fractions in Time an award, as mentioned yesterday -the Liebster Award.  In German I believe  “liebster” means “beloved” or favourite, and one is supposed to “play it forward” by passing it on to five other blogsters who have less than 200 followers.  The idea is to bring attention to these smaller and less known blogs and increase their readership.  While I am very flattered to be considered for such an award, I find it difficult to nominate folk for the next round as there are so many good ones out there and I’m trying to cut down on the number I read and have less time at this computer.   I Googled the award, and there are at least 100 pages of excerpts from blogs where people have received it, some even more than once……..so it seems to be doing the rounds.  I might be seen as a spoilsport, but sorry, I don’t think I’m going to pass it on….I don’t do memes, those other things which circulate on the Internet, buy raffle and lottery tickets, or talk to cold callers on the telephone.  So thank you very much Carol, but it will not continue from here.

Today’s colour for Beyond Layers is a bright and cheery  YELLOW!.   I did not have time to take new photos today, so these are from my computer, and were taken in the garden over Summer. 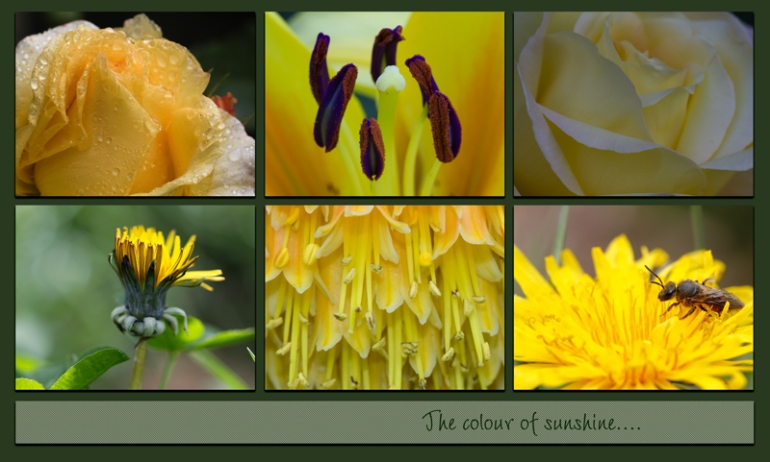